Lake Pymatuning is a seventeen thousand acre reservoir that lies along the Ohio-Pennsylvania border with access from both states. This man made reservoir was created between 1931 and 1934 when frequent flooding and difficulty utilizing the swamp like conditions for farming caused local decision makers to damn the Shenango river. This created the largest lake in the state of Pennsylvania with over 70 miles of shore line. Pymatuning serves as a popular recreation area for the surrounding communities, reduced the negative effects of frequent flooding, and provided a water source for nearby residents.

The towns of Espyville PA and Andover OH lie on each state’s side of the lake, connected by a causeway that allows cars to travel between the states. The two mile long bridge has several pull-offs that allow access for fishing and sightseeing. 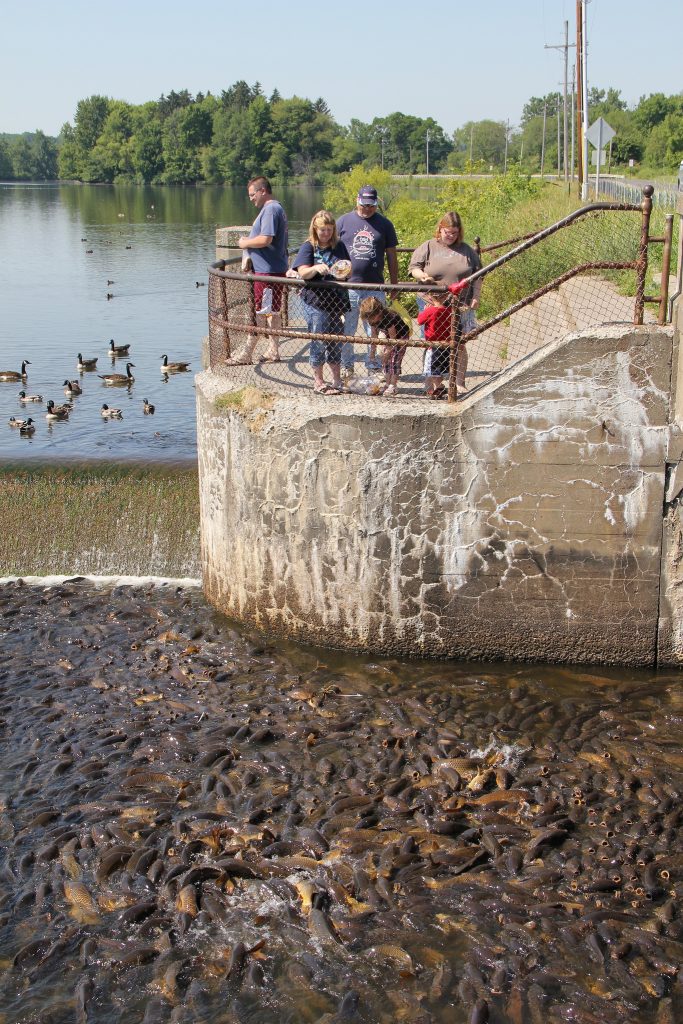 The reservoir offers still water great for beginners. The low horsepower restrictions on boats (20HP max) also ensure boat traffic is slower with minimal disturbance and wakes. Water level information for the reservoir and for the Shenango river, just downstream from Pymatuning dam can be found here.  Current weather at Linesville PA can be found here and is representative of conditions throughout the park.

No fees are required unless boat rental is desired. Boating rules are enforced by both Pennsylvania and Ohio park authorities who do recognize each others launch permits. A Pennsylvania kayak launch permit can be obtained through the PA Fish & Boat commission. For Ohio, kayaks and other hand powered watercraft are covered under the alternate registration which can be obtained here: http://watercraft.ohiodnr.gov/alternative